Cuil – a Google Beater? In review: 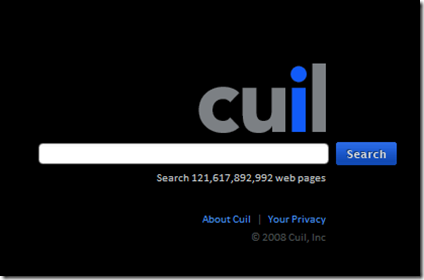 It’s one of those head turning stories : A bunch of ex-Google employees run off and make their own search engine ready to beat Google at their own game. A tough gig by all accounts. The key differentiator – they don’t hold any of your information. The pitch being that Google is holding too much of your personal data – they don’t and won’t. They claim to have indexed more web pages than Google and a technical setup to rival the giants.

One important factor may be the URL. It’s two letters shorter (this is a good move) but I suspect that by trying to be ‘cool’ with the literal name Cuil the brand is a little to broad to become the vernacular for Search. “I’m going to Cuil for that” just doesn’t do the same job as “I’ll Google that” – as is the case with “Live Search” which is simply too generic for consumers to adopt as a verb. I suspect a brand name that could replace the Google “verb” may have been a better brand strategy. 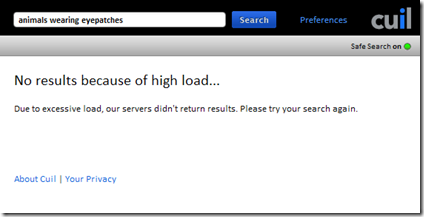 OK, into the product itself – Now first impression counts, and the screen shown here is not a good start. We all encountered different errors at different times. OK these are likely just teething issues but probably not the best start. Google’s consistency has been one of it’s strongest assets – it rarely lets users down even though both Yahoo and Live Search both offer some pretty good features.

Now I did find some strange things happening with the indexing. Typing Wii shows a very strange result as did a fair few other queries I tried. We’ve asked them to look into an issue on one of our sites so it will be interesting to hear what they come back with. 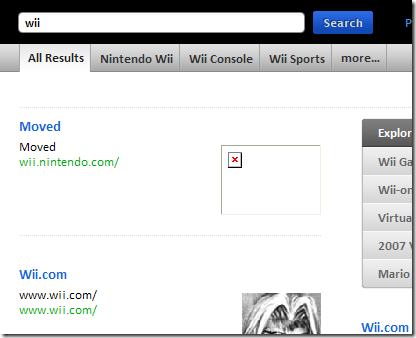 Bugs aside, there are a couple of nice features with Cuil like the widget below which breaks down categories. 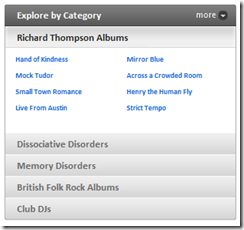 Cuil also lets you choose between 2 or 3 column layout. Nice to see something different but to be honest I would have preferred to see the additional option of the ‘infinite scrolling page’ here as Live Search offers with it’s image searching – something it does beat Google on in my opinion.

Of course the underlying need to sell advertising impressions becomes an issue with these interfaces because page refreshing = more ads served. 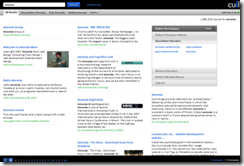 Is three better than one?

So we’ll keep an eye on Cuil ongoing. All new things are good in  the digital landscape so I think this is a welcome addition to the search wars. Will I use it as my default engine? No, but I’ll keep experimenting and time will tell.

This entry was posted on Tuesday, July 29th, 2008 at 12:08 pm and is filed under Digital News, Search. You can follow any responses to this entry through the RSS 2.0 feed. You can leave a response, or trackback from your own site.

One Response to Cuil – a Google Beater? In review: