Mashable have a really fantastic review of the 3G incarnation of the iPad – it’s a bit long though, so I’m going to shorten it down to only the necessary information (for lazy people) and throw an Australian perspective in at the end to balance out their US-centric complaints. 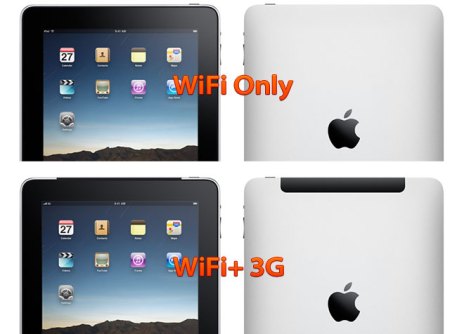 Find the review summary, and Australian perspective after the jump.

That’s it really. Now, lets put this into the perspective of someone living in Australia – which I do.

The issues with regard to AT&T or any US carriers data speed problems are of no relevance to the Australian market. As long as the iPad 3G is sold unlocked in Australia, the way it’s being done in the US, then we have no need to worry about being locked into terrible mobile connections. Yes, I’m looking at you Three.

Now that that worry has been taken care of, what’s left to really complain about? Ah… the $120 cost increase, we can expect that to be significantly higher in the Land Down Under. It seems that any company shipping out new gadget (or even piece of software, sigh) to the Australian market increases the price by 10-50%.

Hopefully Apple will see fit not to take part in this ridiculous technology-tax, but somehow I doubt that will happen.

In summary (for the Aussie market): The 3G will cost more than the Wi-Fi, but be more useful on the go/have more uses. If you’d like to read Mashable’s lengthy review, just click right here.

If you’re considering making an iPad purchase (becoming an iPaid?) – which model do you think  you’ll pick up?

This entry was posted on Monday, May 3rd, 2010 at 12:06 pm and is filed under apple, gadgets, General, Mobile, review, technology. You can follow any responses to this entry through the RSS 2.0 feed. You can leave a response, or trackback from your own site.

One Response to Mashable’s iPad 3G Review: for Australians and Lazy People