Anybody in need for some sexy superfast storage?

then check this DIY project out

Will Urbina put 16TB of RAID 5 magnetic media and a 1.66GHzAtom N270 CPU into a completely hand-built Lexan, aluminum and steel enclosure.

It writes at 88MB per second and reads at a fantastic 266MB per second which is nearly as fast as current SSD drives. 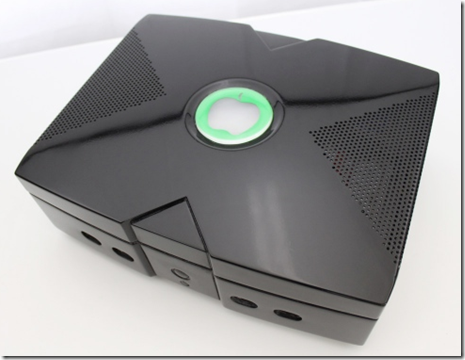 or how about a “portable” video edit suite with dual screens? yes he has done one of those too – called the CinematographHD

But enough of his older mods and back to his resent one. Like always, he makes time-lapse videos of his construction and these 2 are worth watching.

So take some time, sit back and enjoy the magic:

I don’t know about you, but I want one

Build your own Mini surface

i was doing some research today about Multitouch on Windows 7 and I came across this article here on how to Emulate a multi-touch device for Windows 7.

All you need is a webcam, a cardboard box, some tracing paper and a photo frame.

I thought, surely we have all that in the office somewhere. After a short stroll around the office I was able to gather all of the above and within 1 hour we had it all up and running.

So I wanted to thank Szymon Kobalczyk for his blogpost and for making my Friday a little bit more exciting.

Now I am even more excited about all the stuff we will be able to do with Windows 7.

Getting even fitter with the Wii

The WiiFit is great but it has its flaws. one of them is that you can’t really run on it.

That’s what made this guy come up with his DIY WiiFit. 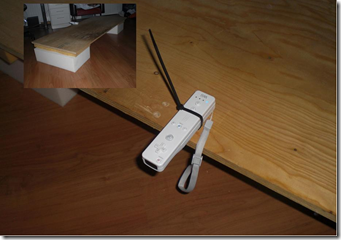 So he created his own WiiFit board using 2 Wiimotes and wrote his own program to run in a forest.

It’s pretty ugly right now but I think it has potential.

Check out the video of him running:

if you want to read more about it, click here.

We made this hi-res air-graffiti light image using a technique we worked out (here). The images are pretty stunning, especially when you see them in high res. Here’s one for your desktop in all it’s glory. Completely free for you to use for any non commercial purposes.

Update: We are uploading full versions of these (gradually) to Flickr. Read the comments for the link 🙂

There are many more of these…

How to make your own air graffiti photos/art using LED glowsticks.

Painting in the air… so much fun, cheap and easy to do. Here’s how: Now you can probably see my 3 year old daughter’s feet in the pic below whilst her big 6 year old brother manages to go a bit higher with the blue/yellow combo. I made this image on the weekend using colour changing LED glowsticks (you can get these on ebay or the address below) and a 6 second exposure (Nikon D70). I’ve since made a neat few wallpaper desktops with this effect (will post them later when I have a spare sec to edit them to the right size).

Cheap LED glowsticks for under $10 can be found from companies like this:
http://www.glowproducts.com/batteryoperated/rainbowshakestick/

or you can try Ebay:
http://search.ebay.com/search/search.dll?from=R40&_trksid=m37&satitle=LED+glow+sticks&category0=