Obscura Digital developed a pool table that responds with High Definition imagery to every shot.

They are also working on a new software that might be able to tell you where you should shoot the ball at what angle etc. That would probably improve my pool game 🙂

Unfortunately price is USD 80,000 and that’s without the pool table.

check out the video:

THE most dedicated piece of consumer generated content ever. Age time lapse 17 yrs in the making.

“Incredible dedication” – the only way to describe Dan Hanna who for the last 17 years has religiously taken 2 images of himself every day using a home made rig. Before you watch, just remember this started long before digital cameras were around…

Here’s the rig below, which Dan carried with him, even on holidays. 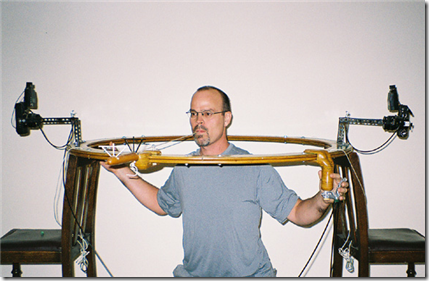 The rig dismantled below – you can see how Dan rotates himself by about 1 degree every day, so a full year means one complete rotation. 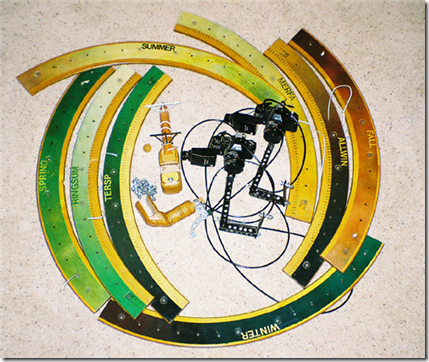 Read a lot more about the project here.
http://www.danhanna.com/aging_project/p.html

It’s a great read. Thank you Dan for sharing – it really is an amazing piece of work. 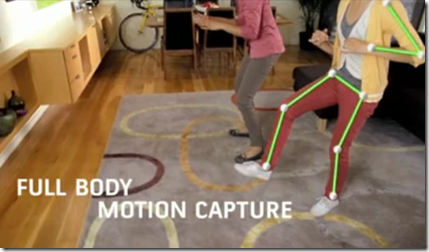 Below are all the photos of the ‘Montauk Monster’. Always interesting to see a story spread like wildfire on the net. It contains all the classic ingredients of common ‘fact or fiction’ viral story. Let’s take a closer look at the Montauk Monster images, the facts, and the story behind the creation of a new legend. 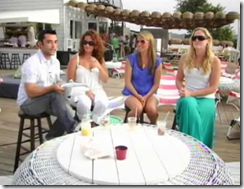 The ‘Discoverers of the Montauk Monster’ being interviewed.

A second set of photos from another eyewitness: 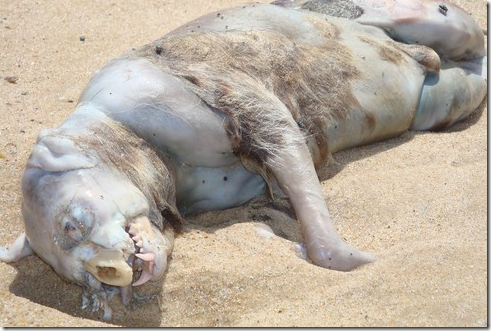 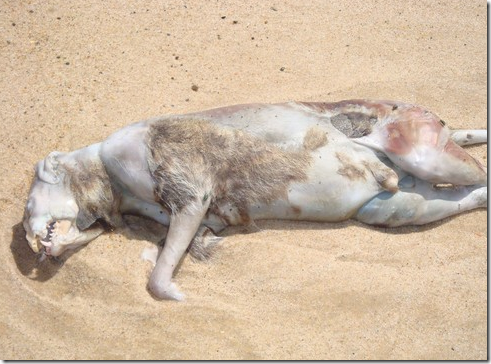 The earlier photos above taken by a different source (Christina Pampalone) confirms that there was little doubt of the validity of there being a carcass… but clearly it’s more doglike at this point… and yes, no beak! 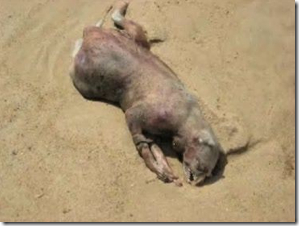 Back to the other angle from the “beak photo set”, released in a video interview today.

So from a marketing perspective here’s the breakdown of why I believe this story has traveled so easily and captured our imagination.

The secrets of urban legend creation:
1. Monster! Yes we all want to believe really. The unknown, the possibility of fiction becoming fact is a pull for most of us and a break from the daily drudge of the same old news.
2. Believability – The photo is enticing enough for anyone, including experts to take a second look. Found by the sea which we know holds many secrets makes it even more enticing.
3. Credibility. Found by three women, apparently normal everyday people with little to gain from a hoax although they have stashed the carcass… I’m sure this will be worth a buck now the story is so big!
4. No instant debunk. If a story is put to bed quickly by credible sources/multiple experts then interest is usually lost quickly. In this case we’ve heard little to counter the story which gives reason to believe and thus amplification continues. Interviews conveniently suggest that scientists (urrr… which scientists are those please?) have already agreed it’s a not a recognised species – and that’s enough for most to take it as fact.
4. Lack of information. The less we know, the more we crave. The less we find, the more we look, the more we ask, the more we spread the story.
5. Ego complex: We are the experts …Yes it’s a chance to tell the world via your comments and friends that you knew it was real, or a complete hoax. Hey, aren’t we great for figuring it out first. We call this the competitive-ego complex in here (when talking about viral memes).
6. It’s not the end of the story. Yes the carcass has been stored away (you’d think they’d put it on ice) but apparently it’s decaying away in a friends backyard waiting for the men in black to arrive.
7. Mainstream media amplification: Once the story makes TV and press we crave additional information. Just  as with the Corey Worthington story a few months back, the web is just a click away for more info after the national news. Off we head to Google…
8. Story Availability. You and others found this page through Google and there will be thousands of other sites that will spawn and index this monster very highly. Yes, finding This monster is easy! 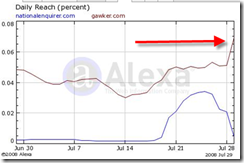 Destined for urban legend status: So is it a new species, monster, alien life form? One things for sure, if it is proved not to be one of the above, this story will simply join conspiracy theory sites and the thousands of other stories on urban legend site Snopes, ready to resurface a dozen times over the next few years.

It does not look like a marketing hoax from where we stand but there is no reason to believe too much until the final facts unfold. Most likely this is just a lot of hype over something we simply can’t see properly.

Not the first time we went crazy over a sea monster carcass: 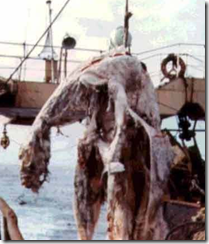 This famous catch (here) in 1997 re-ignited our imagination in sea monsters in the similar way when caught by a Japanese fishing boat. It was so amazing …they decided to throw the carcass back into the ocean, not even keeping a single bone. Hmmm. 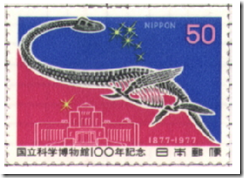 But the myth was so popular and widely lauded, it even got it’s own stamp.

Marketing lessons from sea monsters:
Virally, there are many lessons to be learned from the spread of urban myths and tall tales that can be applied to social media marketing. It doesn’t mean you need to set out to fool people or become friends with ET, but we (the consumer) will generally respond to key elements from the above stories if distributed with just enough (but not too much) information to make us think twice about what we’re looking at.

File under “They want to believe.” 🙂