Sometimes you need to just let go of the mouse and grab a good old pencil or pen. And bang out out some lovely “Type by Hand“. Three of us signed up for this endeavor last weekend and had a blast. Run by Wayne Thompson (of the Australian Type Foundry) and Gemma Eaves (of For the love of type fame), it consisted of almost non-stop 4 hours of fast-paced drawing. What a nice change to all the computer work we are doing day in day out.

So you want to shoot some video?

So you want to shoot some video? No problem.

I have a degree in Television producing, so surely we can figure something out. I know a friend whose parents still smother him with gifts (instead of love) and he just got a new Canon 5D – he probably knows how to use it by now too. While everyone else was studying Economics, another friend and I spent our senior high-school years ‘learning’ Film & TV. He used to have a pirated copy of Final Cut on his laptop, so he can probably edit some stuff to look real sexy.

Yeh, we can make you a video alright. Maybe it’ll even go viral – why not? As for remuneration, just buy us a case of beer and we’ll call it even. Easy.

The art of film is exactly that – an art. Professionals exist for a reason, and have spent years refining their skills in one of the many particular and often excruciatingly specific roles that exist in the industry. You’ll find a guy on set whose only role is to change the focus of the camera during a shot (Focus Puller). Why? Because he is damn good at it.

As Razorfish moves further into the realm of creating great video content for its clients, we must accept that we aren’t traditionally the experts in this area. Luckily, the guys at Thinkbone are.

To set the scene (so to speak) this week Thinkbone’s crew turned our lobby into a live set in order to teach us a thing or two about production, budgets, and the different outcomes you can expect. They were to film the same scene (Pulp Fiction’s famous “$5 Milkshake”) three times – each with a different budget, and thus final product.  For the purpose of the exercise, let’s assume each budget is for 60 seconds of final video. 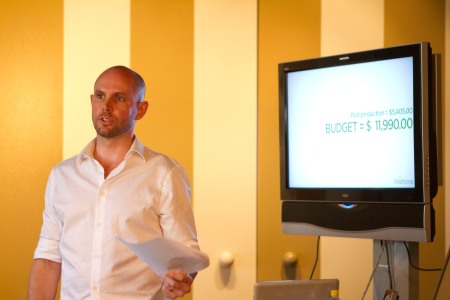 For that you can expect to produce something resembling the quality of video below: 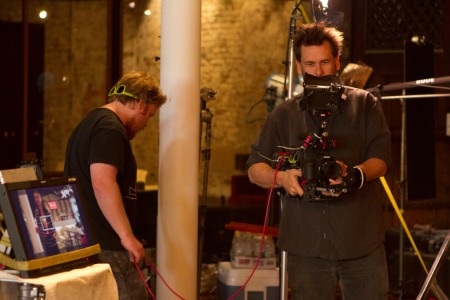 And for the extra money and effort you’ll be looking at something of this quality (ignoring travel costs):

Now we are looking at some high-end video production capable of matching, or even improving on the original scene. This isn’t to say you need to spend big for every bit of video you create. Each grade of production serves a purpose, so it depends on the individual project and the objectives as to how much you should be budgeting.

Here is the final take of the day (sound is from the camera mic, so apologies). Thankfully, Thinkbone opted to waive the $97,000 – thanks guys. That case of Superdry should arrive any day now.

Really great to see these technologies being combined together, the result is quite beautiful. Nice work from B-Reel London.

Just a beautiful thing. Made by the clever people at Eness

Have you ever wondered what a tree would say if it could talk?

Today I feel ashamed of the the industry in which I work. Although I love this idea and the experimental spirit of the project, it somehow feels wrong. Is nothing safe from the internet? Leave the trees alone is what I say.

On the eve of the 2010 FIFA World Cup, this brilliantly executed set of 33 posters (including 1 from each of the 32 nations competing) is sure to cause a stir and hopefully a laugh or two.

The TV Show – Watch It

This isn’t the newest fantastic piece of animation around, but we haven’t mentioned it here yet – and it’s well worth watching. Produced by Sugimoto Kousuke (director) and Manabe Takayuki (music), it’s an excellent example of carefully combining sweet animation with thumping beats.

How you can not watch something with a scene like this? I don’t know. Click through to see the video.

END_OF_DOCUMENT_TOKEN_TO_BE_REPLACED

Check out the wholly destruction based fantasy of long time gamers in this video, when New York has everything 8-bit unleashed upon it:

I’m very much looking forward to this. Not because I’m jumping on the Banksy band wagon (Back in my uni days I went to one of his first exhibitions and failed to buy a piece of his work for peanuts … foolish) but because I’m pretty sure it will be nothing like the trailer and do something completely unexpected.

Anyway, here’s the trailer if you haven’t seen it already:

Our very own Michael Kleinman presents (another) sequel to the most amazing shirt in the world.

What started as a bit of a laugh could end up as a 4-color screen print with plastisol ink and a chino additive for softness.

Mike is too proud to ask for votes, so I’m asking you to go check it out and get clicky on the 5 if you like it!

A great competition where you have to ‘improve’ famous classical art by adding graffiti. Make sure you post a link to your entry in the comments of this blog 🙂 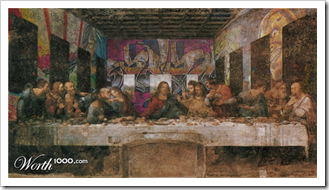 Animating a P&O Wave (or How to use Peanut Oil in a Website).

Last week we launched the new P&O Website [cue the trumpets because it took a year!] Whilst e-commerce websites aren’t generally considered somewhere you can ‘get creative’ we decided this should be an interesting challenge …which it was. When we did our early research we found some very interesting insight about that “twilight zone” where air meets water (see images below). We realised there was something here to play with and decided that if we could execute it well enough it could be an important design feature on the site… but execute it poorly and it would just look tacky. (Let us know what you think).

Above Video: The making of the wave: http://www.youtube.com/watch?v=NWCsS7W3yQk

Creating a ‘wave’ was not as simple as we first thought. Animated tests trying to simulate the wave in 3D or in Flash just didn’t cut it. We wanted something which felt as realistic as possible. We next moved to the real world but equally found that water on its own did not work well at all when we filmed it. To cut a very long story short we finally made a glass tank (very lo-tech – a vase with half a CD case fixed using a glue gun) and filled it with 50% water (tinted blue with food dye) and 50% clear peanut oil. The two substances allowed us to create and film the illusion of water moving very realistically but a much slower down rate. Some After Effects magic with the raw film and we now have a looped, low bandwidth wave for the P&O site.

Above: During design research we found a ton of wonderful images which were part of the inspiration for the final wave.

Above: Other features in the site include “Full Screen Experiences” that work without leaving the current page you are on. It’s slightly buried but an unusual feature – especially for an ecom website.

Fractal lovers, brace yourselves. Here you will find some awesome pictures of the 3D Mandelbrot, “Mandelbulb”. Infinite awesome, on infinite levels. Here are four of the more impressive perspectives:

These sculptures by Fabio Viale are made entirely from marble… 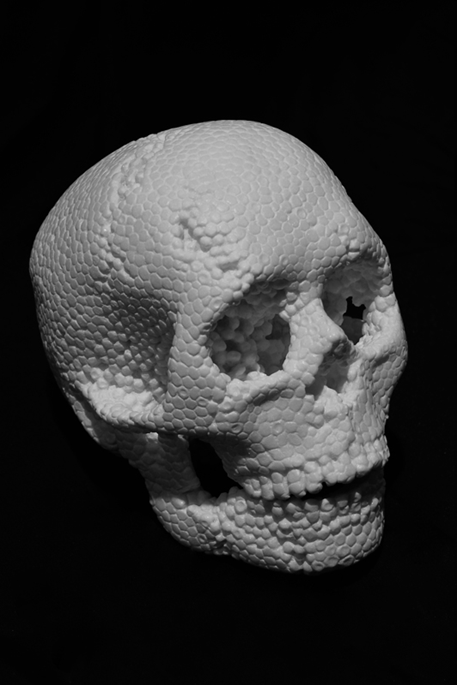 more images at today and tomorrow

If this is real – it’s bloody awesome. What do you think?

Hand From Above is an interactive installation by Chris O’Shea. He was commissioned by Abandon Normal Devices and Liverpool City Council for BBC Big Screen Liverpool and the Live Sites Network to create something for the BBC Big Screen. Hand From Above interacts with unsuspecting pedestrians, it can tickle, stretch, flick or remove entirely them on the big screen. Chris used openFrameworks and OpenCV to build this software.

Quoted from today and tomorrow

My friend Richard recently introduced me to Franco Brambilla via his rather nice blog. My desktop is now Franco’d up and I’ll be naming my next child Brambilla. I like. Here’s more.

Recently had the pleasure of driving through Yellowstone National Park in Wyoming, USA. On the way to the well known Old Faithful checked out the much lesser known Fountain Paint Pots. Amazing.

Picture several hissing, steaming, bubbling, sploshing pockets of earth spread over an area the size of a football field. Each one unique. Some with spouting geysers, some with goopy grey mud.

Personal favourite: the Celestine Pool which is every bit as colourful as this pic nabbed off Flickr if not more so…

Why is there so much geo thermal activity in Yellowstone? Because nearly the entire park sits in a caldera. The earth’s magma rises near the surface which creates steam which powers the geysers. Or something like that.

If you’re into doomsday scenarios you can read about how one day the entire park might turn into a super volcano which could potentially have an extinction level effect.

And it could happen tomorrow. 😐

For now, enjoy the pictures…